A Single Definition of Masculinity

Our initial definition of masculinity will be this: Masculinity is a man’s optimisation of his capacity for fitness. There are three simple elements to this definition: optimisation, capacity, and fitness. Let’s consider them in reverse order.

Fitness is the basic idea here. Fitness refers to one’s ability to fulfil a role or task and overcome barriers in the pursuit of a particular goal compared to other men pursuing the same goal. A high school student may be very competent in debating in his school’s debate club and utterly incompetent in a debate team at WITS. In both scenarios, his capability to overcome barriers is made up of his immediate peer context and his debating ability, both cultivated and natural. The barriers before him are not just logical and rhetorical, but competitive with peers, testable with regard to his lecturer, and formative with regard to himself. His fitness is measured by his fixed capacity to make logical deductions and follow arguments, combined with the production expected from him by his competitors, lecturers, and self.

Everyone has a ceiling of competence. We call it their capacity. This capacity is both fixed and flexible. A paralytic man will never run a 100m race in twelve seconds, but he may find a way to strengthen his muscles over which he has physical control. The better I get at Olympic lifts, the higher the ceiling of my fitness grows, even if that ceiling has a set growth cap beneath Matt Fraser’s.

It is here that the diversity of men, from individual to individual, finds its abstract home in defining masculinity. Not every man has the same capacity for fitness. Fixed and flexible ceilings for capacity are how we account for diversity among men.

Optimisation refers to making something as fully perfect, functional, or effective as possible. It is purposefully rising to the top of one’s flexible ceiling of capacity through pursuing fitness.

This is the GPS of masculinity. Fitness is, to some degree, an intangible concept, and every man has some sort of capacity. But optimisation is always a choice. Optimisation, then, is the proper domain of responsibility. It is the hinge upon which the futures “great man” and “wasted potential” both turn.

An Expanded Definition of Masculinity

Let us consider how this definition really works itself out in an intricate and diverse world that accounts for every man everywhere. To do this, we must clarify the three facets of masculinity which make our singular definition possible. These aspects are, so to speak, what masculinity is made up of.

The three facets of masculinity are maleness, manliness, and manhood.

Maleness is biological masculinity—this is, most basically, a man’s XY chromosome. In the biological aspect, a man’s optimisation of his capacity for fitness reveals itself as the pursuit of the highest attainable strength, speed, lodging, sexual and hunting proficiency, and other body-oriented skills that are primal. These are the least complex capacities. This isn’t to say that one cannot pursue them in a profoundly sophisticated way, but rather that all other fitness relies upon and presupposes the basic optimisation of the ability to overcome the highest number of physical obstacles. This is why Scripture especially connects the biological aspect of strength with maleness, “Be watchful, stand firm in the faith, act like men, be strong” (1 Corinthians 16:13).

Maleness is fixed. There is nothing refutable about the distinctiveness of male biology from female biology. It is, in fact, the only God-designed division in the human race (see Genesis 2–3). In this regard, maleness is the irreducible and crude evidence that the human species is divided along a single line—and not only are men men, but they equally are not women.

The distinction between maleness and femaleness is what allows masculinity and femininity to have the same definition, while differing significantly. That is: masculinity is a man’s optimisation of his capacity for fitness, and femininity a woman’s optimisation of her capacity for fitness. A man’s fitness is composed basically of a male genetic composition, from which the manly observable characteristics emerges. A woman’s fitness is composed basically of a female genetic composition, from which the female observable characteristics emerges.

Note that the formula is the same—the optimization of one’s capacity for fitness—but the variables are all different: male in one, female in the other, starting from different places, and running along parallel, but separate, paths.

Manliness is cultural masculinity—this is a man’s ability to climb a societal ladder and overcome more abstract barriers related to social wellbeing and existence. This fitness is fundamentally creative, touching areas like critical thinking, persuasion, and problem solving. If maleness is the masculine genetic composition, manliness is the masculine observable characteristics—the aspect of masculinity that crosses the fixed biological with the socially constructed.

Manliness is the cultural understanding of maleness that confirms the legitimacy of male fitness and measures their value. Manliness is the set of games used to test, nurture, and employ the brute capacity of maleness. So, while strength lies appropriately within the sphere of maleness, culturally defined manliness may quantify to what degree that strength can be reliably incorporated with other fitness in the form of work, combat, or provision.

So I would say that manliness is a social construct, but so is an enchilada—and culinary rules have been adapted through practice over time to the unchanging palates of human biology. In like fashion, manliness is “relative” in a sense—its customs vary from culture to culture—but it remains accountable to fixed, unchangeable physical realities.

Cultural masculinity (manliness) is something the Bible is concerned with preserving. In fact, breaking the cultural manifestations of masculinity is considered a sin. Note the law in Deuteronomy 22:5: “A woman shall not wear a man’s garment, nor shall a man put on a woman’s cloak, for whoever does these things is an abomination to the LORD your God.” And observe what I believe is the New Testament repetition of this principle: “Does not nature itself teach you that if a man wears long hair it is a disgrace for him” (1 Corinthians 11:14). Both of these teach the adoption of cultural norms that express manliness, or at least not breaking cultural norms relative to ones gender.

However, the aspects of fraternal and paternal manliness are also seen in Scripture. Consider the appeal to paternal manliness in 2 Samuel 10:12, “Be of good courage, and let us be courageous for our people, and for the cities of our God, and may the LORD do what seems good to him” (see also 1 Samuel 4:9). Here, the appeal is to men in competition with other men but with the purpose of securing physical security for their families and the cities in view. Nehemiah 4:14 repeats the same paternal manliness idea: “Do not be afraid of them. Remember the Lord, who is great and awesome, and fight for your brothers, your sons, your daughters, your wives, and your homes.” We also see a more complex expression of paternal manliness in 1 Timothy 5:8, “But if anyone does not provide for his relatives, and especially for members of his household, he has denied the faith and is worse than an unbeliever.”

On the other hand, fraternal manliness seems to be behind the commitment shown in Jacob when he wrestled with the angel (read Genesis 32:22–31) and a blessing came because of his fraternal manliness. The angel said to him, “Your name shall no longer be Jacob, but Israel, because you have striven with God and with men and have overcome.” Jacob earlier showed the cultural practise of brute strength when, in Genesis 29:10, he single-handedly moved the stone off a well when a group of shepherds were waiting for more men to help them move it.

Manhood is individual masculinity. This is a man’s making manliness his own. It is in his manhood that a man makes games for himself which optimise the fitness of maleness and manliness. These higher fitness characteristics are soft relational skills such as sympathy, empathy, humility, and self-confidence, as well as beneficial skills such as emotional intelligence, goal-setting, and recovery from failure.

It is in this sphere that a man may also remove aspects of manliness ideals which are counterproductive to his manhood ideals. For example, a man may have made himself very strong through physical training (maleness) and winning physical confrontations (manliness), but this may be indicative of a underlying aggression that compromises his ability to be at peace with himself and with his family. Take for example the account of David and Abigail (1 Samuel 25). David had been disrespected by Nabal. Thus, with his strength and speed (optimised maleness), which had been forged in war and combat (optimised manliness), he went out to express fraternal manliness—to use these optimisations for fitness in wrecking Nabal. Abigail came and pleaded with him in great humility. This action had the effect of cultivating David’s manhood (individual masculinity) and he realised that he needed to tweak, in this instance, these aspects of manliness that would be counterproductive.

A man may therefore seek to optimise the complexity of his strength (maleness) and physical confidence (manliness) by seeking emotional security. By doing this, he learns that, in the same way that maleness fitness characteristics do not measure up to manliness competencies (if you are strong but dumb, or weak but smart, you will lack a degree of respect and confidence; see Saul as perhaps an example of this: strong but cowardly in 1 Samuel 10), so also manliness fitness characteristics do not measure to manhood fitness characteristics. Protecting and providing for one’s family, and winning competitive matches with peers, does not directly translate into being a good husband, father, friend, or person.

We see this idea in Scripture in places like Proverbs 4:10–15, which describes a father who protects his son by passing on wisdom, helping him build godly character, and teaching him to reject the lies and temptations of the world. This father protects not only his son but the generations that will follow as the wisdom he shares is passed on. Also, while the apostle Paul tells us in Ephesians 5:23 that “the husband is the head of the wife,” he quickly puts to rest any notions that this leadership allows for selfish male dominance. He completes the sentence with, “as Christ is the head of the church.” The passage goes on to say that husbands should love their wives “as Christ loved the church and gave himself up for her” (v. 25). In addition, Micah 6:8 says, “He has told you, O man, what is good; and what does the LORD require of you but to do justice, and to love kindness, and to walk humbly with your God?”

In would be interesting in your reading of Scripture to see where this definition in its various substructures are exemplified for us. I think it is helpful in explaining and accounting for the standard realities of masculinity while allowing for individual expressions of it.

Note: The concepts of this article are a reworking and expansion of an article written by Paul Maxwell. Unfortunately at the time publishing I have been unable to find the original document and have been informed it is no longer available. This article was originally posted on my personal blog and has been cross-posted here for broader distribution. 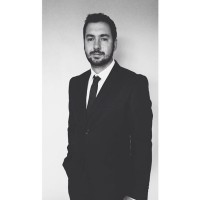 Owe no one anything, except to love each other, for the one who loves another has fulfilled the law.
Romans 13:8