Episode 19: The Song of Solomon

Episode 19: The Song of Solomon

Table Talk with Tyrell
Episode 19: The Song of Solomon

Modern readers are not the only ones to be startled by the content of the Song. Its inclusion in the canon of Scripture was a matter of debate among rabbis in the first century. Some considered it little more than a drinking song. The matter was settled by the great teacher and mystic, Rabbi Akiba, who said, “The whole world is not worth the day on which the Song of Songs was given to Israel, for all the Scriptures are holy, but the Song of Songs is the Holy of Holies.”

Early and medieval Christians shared this high opinion of the Song. Origen wrote homilies and a ten-volume commentary on it. In the Middle Ages, the Song was the subject of more commentaries than any other Old Testament book. Bernard of Clairvaux, in the twelfth century, wrote eighty six sermons on the Song—and did not even get past chapter 2)

What is it about this book that has inspired such enthusiasm? What is the purpose of Song of Songs? This is the topic of discussion on Table Talk with Tyrell this week. 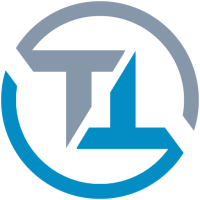 Beloved, if our heart does not condemn us, we have confidence before God; and whatever we ask we receive from him, because we keep his commandments and do what pleases him.
1 John 3:21-22